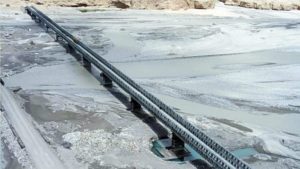 With India’s China Study Group (CSG) meeting on Friday, the stage has been set for a meeting of military commanders of the two countries in the coming week, to discuss disengagement and subsequent withdrawal of PLA troops from Ladakh.

The outcome of the military commanders’ meeting will largely depend on PLA’s posture along the Line of Actual Control (LAC) in Ladakh and its deployment in occupied Aksai China.

1. The PLA continues to build-up troops in occupied Aksai Chin and has started rotating troops on the LAC, indicating that it is preparing for a long haul on the border.

2. A disengagement and de-escalation have been discussed and agreed to at the levels of Special Representatives (July 5) and Foreign Ministers (September 10), but the PLA has made the restoration of status quo ante on LAC conditional, thus putting the entire exercise at jeopardy. Rather than withdraw in toto to base camps, the PLA wants to have a toehold on the territory on the north bank of Pangong Tso to show its stamp of authority. During discussions, the PLA has talked about withdrawing to the pre-April position of Finger 8 spur on the lake but wants to leave 50 troops at the present position, eight-kilometre up at finger 4. At certain places, it wants to place cameras to monitor Indian movements. Basically, it wants to earmark the territory for future negotiations. This has been rejected by the Indian side.

3. Just as the PLA has reached its perceived LAC on the north bank of the lake, the Indian side has reached its perceived LAC on the south bank, thanks to courageous pre-emptive action by the Indian Army on August 29-30. The only option to restore peace and tranquillity is for both sides to return to their base camps and stop contesting on friction points all over the 1597 km LAC in Ladakh. While the Indian side is willing to do this, the PLA sees this as a loss of face for a rising global power and would rather create a new normal on the LAC.

4. There is a serious element of distrust about China’s intent. The Indian army is convinced the PLA wants to stay-put on the encroached territory — a sort of reward for initiating aggression against India on the LAC in May. This is unacceptable to the Narendra Modi government.

5. With the weather taking turn for the worse, both armies will go into survival mode this winter rather than initiating operations against each other. The wind chill is a killer in these areas with temperatures touching 25 below zero routinely at Pangong Tso and Chushul. High altitude pulmonary oedema (HAPO) and acute mountain sickness will turn killers this winter — not bullets.

6. The Pakistan move to create a fifth province in disputed Gilgit-Baltistan (GB) in the occupied northern areas is being pushed by the Chinese through the Pakistan Army as Beijing wants security for the CPEC corridor, which it also wants to expand. This means that the Line of Control (LOC) between India and Pakistan will become the border, with GB being assimilated into the Islamic state. The main reason behind the GB move is to expand the CPEC corridor as China wants to create an alternative to the Malacca Straits sea-route by pushing hydrocarbon and mineral supplies from West Asia, Africa and Afghanistan through the new route. With India blocking all Pakistani proposals at the World Bank for infrastructure development in Occupied Kashmir and Northern Areas on the ground of the areas being disputed, usurping the Shia dominated GB by Sunni Pakistan will help in the expansion of CPEC, and also protect the already sunk Chinese investment in CPEC.

7. The expansion of CPEC will also help China in controlling the restive populations of Buddhist Tibet and Muslim Xinjiang as the economic growth will feed into the militarization of both the autonomous regions. Already, China has started an expansion of its airbases in Tibet and Xinjiang by building underground pens for fighter aircraft as well as the deployment of top of the line missiles.

8. The PLA aggression from Daulet Beg Oldi to Chumar in Ladakh is part of a two-pronged strategy designed to ensure the depth to highway number 219 from Lhasa to Kashgar as well as to push India to yield to the construction of a parallel highway through Karakoram Pass to rival the one running through the Khunjerab pass north of Siachen Glacier.

9. It is because China has grand plans for CPEC, that it has no incentive in settling the boundary issue with India as this will permanently block Beijing’s ambitions in South Asia.

10. With Pakistan, Nepal, Sri Lanka and Myanmar now close allies, China’s next move could be to settle the border ostensibly in favour of Bhutan like it did with Yangon. Once the border is settled, it will open diplomatic ties with Thimphu and then, the kingdom may go the Nepal way. If this happens, India’s ring-fencing is complete.

This may sound like a complete plan for China except for the fact that the Modi government will contest Beijing on each and every point.

PM Narendra Modi congratulates those who cleared civil services, also has a message for those who didn’t 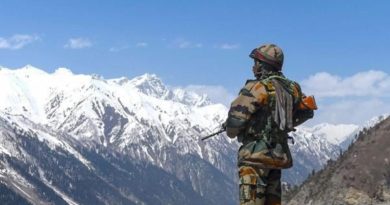