Former Test batsman Chetan Chauhan, who shone as a gritty player against fiery pace overseas as Sunil Gavaskar’s enduring opening partner in the 1970s, died on Sunday following complications due to Covid-19, his family sources said. He was 73.

The two-time former BJP Lok Sabha MP from Amroha was Home Guard minister in the Uttar Pradesh cabinet. He tested positive for Covid-19 last month and was shifted to a Gurugram hospital after his condition worsened. He is survived by wife Sangeeta and son Vinayak.

“My elder brother Shri Chetan Chauhan has left us today after fighting a good battle. I sincerely thank everyone who had prayed for his recovery. His son Vinayak will be reaching anytime and we will then perform last rites,” brother Pushpendra told PTI.

In an India career from 1969 to 1981, Chauhan played 40 Tests and seven ODIs. He scored 2,084 Test runs with 16 half-centuries, but never scored a century, with a best of 97. The prolific domestic batsman in a two-decade first-class career played Ranji Trophy for Maharashtra and then Delhi.

Born in UP’s Bareilly, Chetan Chauhan grew up in Pune, where his father was posted in the army. He amassed 11,143 first-class runs (21 centuries, 59 fifties).

In a moving tribute, Gavaskar recalled they used to greet each other in recent years: “aaja, aaja, gale mil, after all, we are in the mandatory overs of life”.

“I firmly believe I was responsible for him missing out (century) on two occasions, both in Australia in the 1980/81 series,” he said. In the Perth Test, Chauhan was out for 97 which a superstitious Gavaskar believes was because he moved away from the TV and came on to the players’ balcony to celebrate the century.

“The second occasion that I believe I was responsible for Chetan missing a hundred was when I lost my head after being abused by the Australians as I was leaving the pitch after a terrible decision.” He was out for 85 in MCG.

He shared 11 Test century stands with Gavaskar, 10 for the first wicket. He didn’t have an orthodox batting technique but blunted attacks with sheer grit during a phase when helmets were just being introduced.

Chauhan hit 88 at bouncy Perth in 1977 against an attack led by Jeff Thomson. In 1980-81, he played a key role as India rally to draw the series 1-1. At Adelaide, he tackled Dennis Lillee, Rodney Hogg and Len Pascoe for his 97.

At MCG, he looked set for a maiden century when a 165-run opening stand ended after Gavaskar (70) was dubiously given out leg before to Lillee. Upset by the sledging, the skipper asked Chauhan also to walk. Though the team manager made Chauhan return to the crease, he was out after India had added 11 runs. India though sealed a famous win, routing Australia for 83 chasing a fourth-innings target of 143.

Chauhan and Gavaskar were involved in a 213-run opening stand at the Oval in 1979. He hit 80 and Gavaskar a then career-best 221. India came within nine runs of winning the Test, reaching 429/8 before it was drawn.

A former national cricket selector and long-time Delhi cricket administrator, Chauhan received the Arjuna award in 1981. His biggest contribution as a cricket official came as manager on the controversial 2008 tour of Australia when an initial ban on Harbhajan Singh for alleged racist remarks to Andrew Symonds in the Sydney Test almost led to an India boycott of the series. Following India’s appeal, the ICC adjudicator reduced the ban to a heavy fine for use of abusive language. India went on to win at Perth.

Former India skipper Dilip Vengsarkar, Chauhan’s teammate in many Tests, mourned the loss. “I’ve lost a very dear friend, a very good human being and a great fighter, and always ready to help. He was very jovial, very easy going. We played a lot together right from 1977, my first tour to Australia. A very gutsy batsman, he played well in the series. He batted very well at Perth; playing without a helmet he got 80-odd (88). We shared rooms in many Tests.”

BCCI president, Sourav Ganguly, who was skipper on the 2008 Australia tour, said in a statement. “I’m deeply anguished. I’ve spent so much time with him when he was the Indian team manager. Not only was he a tough opening batsman, but he was also a person with a tremendous sense of humour and had a tremendous attachment to Indian cricket.” 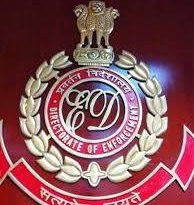 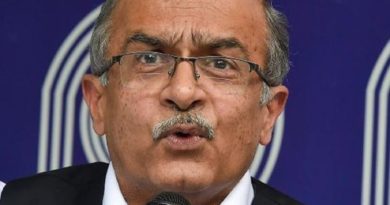 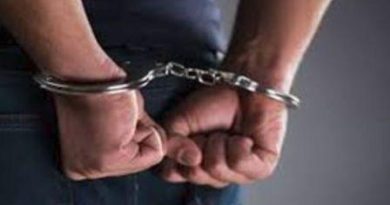