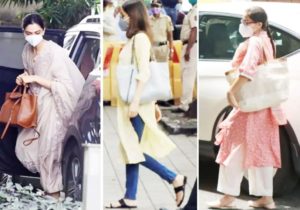 Bollywood divas Deepika Padukone, Shraddha Kapoor, Sara Ali Khan have been interrogated by the Narcotics Control Bureau (NCB) for hours. Before ending the interrogation, the NCB officials have seized the mobile phones of these actors for more clues in the drug probe related to Sushant Singh Rajput death. The actors were questioned by the NCB on Saturday for hours in connection to the Bollywood drug nexus case.

According to the report, the NCB has also seized phones of Rakul Preet, Simone Khambatta, Karishma Prakash and Jaya Shah. Sources said that the agency seized a total of seven phones today and will take help from forensic experts to retrieve data from them in connection with the drug angle.

Actress Shraddha Kapoor, who reached the NCB office at around 12 pm, was interrogated for almost six hours. Sara Ali Khan had reached around 1 pm and walked out of the office at around 5.30 pm, said a PTI report.

Deepika Padukone was confronted with her manager Karishma Prakash during questioning, sources said. Deepika Padukone, who reached the guest house around 9.50 am, left at 3.50 pm. Karishma, who was also quizzed on Friday too, was also allowed to leave around 3.40 pm. According to NCB sources, Karishma Prakash’s WhatsApp chats included conversations about drugs with one ‘D’ and the central agency wanted to find out who this person was.

The agency arrested Kshitij Ravi Prasad in the drugs case linked to Rajput’s death on Saturday. He was picked up by a team of NCB from his residence in suburban Versova on Friday morning and questioned all day at its Ballard Estate office. He was not seen leaving the office even late at night. On Friday, NCB had also questioned Dharma Productions’ Anubhav Chopra in connection with film industry-drug nexus.

In a statement, film-maker Karan Johar had said Prasad joined Dharmatic Entertainment, the sister concern of Johar’s Dharma Productions, in November 2019 on a contract basis for a project which did not materialise. Chopra was briefly associated with his banner as an assistant director and worked only on two projects, he said.

The NCB had earlier arrested actor Rhea Chakraborty, her brother Showik and some suspected drug peddlers.

Meanwhile, considering the media frenzy around the ‘A-lister’ Bollywood stars who are being questioned in the case, the Mumbai Police on Saturday issued a warning that media should not engage in reckless chases of actors’ vehicles. 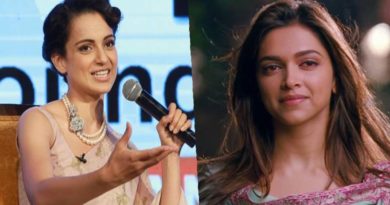 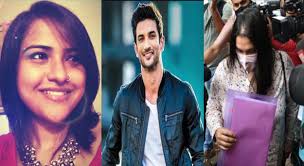