WASHINGTON — As he unleashes a barrage of attacks on voting by mail, President Donald Trump has increasingly warned that “universal” mail-voting poses the biggest danger for voter fraud and a threat to democracy.

But only nine states and the District of Columbia so far plan to hold universal mail-in elections – in which ballots are automatically mailed to all registered voters without needing to first request one. And with early mail-voting set to begin as early as September in some states, election experts say it’s unlikely many more states would have time to make that switch.

A coronavirus pandemic relief package passed by House Democrats would require states to mail absentee ballots to registered voters – but it has gained no traction in the Senate and talks on the aid bill are stalled.

Instead, most states are preparing to make mail ballots an option available by request. That includes several states encouraging the method during the pandemic by mailing voters applications for absentee ballots.

Five of the universal mail-voting states already planned to conduct mostly all-mail elections before the coronavirus pandemic, and only one of the nine states, Nevada, is considered a battleground in the race for president between Trump and presumptive Democratic nominee Joe Biden.

With Universal Mail-In Voting (not Absentee Voting, which is good), 2020 will be the most INACCURATE & FRAUDULENT Election in history. It will be a great embarrassment to the USA. Delay the Election until people can properly, securely and safely vote???

‘He’s scaring our own voters’: Republicans run into a Donald Trump problem as they push mail voting

In-person polling places, although reduced in many states, remain available even in states that vote fully by mail. New Jersey on Friday became the latest state to decide to send ballots out to all voters.

“It’s a tiny number of states that do this,” said Lawrence Norden, director of the Election Reform Program at the Brennan Center for Justice at the New York School of Law. “And they’re not the states that are probably going to determine the outcome of the presidential election.

“In the vast majority of states, voters are given the option to vote by mail, and we should expect that if the primaries were any indication, that many, many people are going to choose that option.”

Trump and Republicans have drawn a distinction between absentee voting offered to seniors, the military, people with disabilities and others who are unable to vote in person on Election Day. The president says he is OK with this – in fact, Trump and First Lady Melania Trump requested absentee ballots in Florida on Wednesday. But he opposes ballots automatically sent to registered voters.

Colorado, Hawaii, Oregon, Utah, Washington were the only universal vote-by-mail states before the pandemic. California, Nevada, Vermont and New Jersey have since signed on for the November election. In addition, Montana, North Dakota and Nebraska allow individual counties to decide whether to mail ballots to all registered voters.

A New York Times analysis found that 76% of voters will have the choice to vote-by-mail this November, but only 18% are set to automatically receive a ballot in the mail.

Trump routinely slams the several weeks it took New York to count mail ballots following its June 23 state primary, as well as voter fraud allegations out of Paterson, New Jersey, to push his argument that the country is not ready for widespread mail-voting and that it’s ripe for fraud.

New York mailed ballot applications – not ballots – to all its registered voters, but John Conklin, spokesman for the New York Board of Election said it’s unlikely the state will send applications to all voters in the November election, citing cost considerations. All New York voters will still be able to cite the fear of contracting the coronavirus to request a mail ballot.

New Jersey mailed ballots to all voters for its primary and will do so again in November. The state already allowed any voter to request absentee ballots without an excuse.

“His attacks, by and large, have been on elections that have been conducted as no-excuse absentee (elections), and he seems to say absentee voting is OK,” Norden said. “Certainly his remarks on the subject are not logistically consistent and they’re confusing if you’re taking him by his word.”

The pandemic, combined with state efforts’ to promote mail-voting, produced record-setting absentee voting totals during recent primaries and is expected to do so in November. Some states absorbed the deluge of ballots with few hiccups. Others saw long lines in the limited number of polling sites that remained open, while states like Pennsylvania and New York took weeks to count all absentee ballots. Most did not send ballots to all voters.

Nevertheless, Trump, in a tweet this month floating the idea of delaying the election, said “universal mail-in voting” will make the 2020 election the most “INACCURATE AND FRAUDULENT Election in history.”

“Absentee ballots, by the way, are fine,” Trump said Thursday. “But the universal mail-ins that are just sent all over the place, where people can grab them and grab stacks of them, and sign them and do whatever you want, that’s the thing we’re against.”

These statements are false, according to election experts. No states send ballots to people who are not registered voters, and states use signature verification tools to ensure the authenticity of ballots.

“The president, I think, doesn’t understand the process,” said Amber McReynolds, CEO of the National Vote At Home Institute.

In 34 states, including Pennsylvania and New Jersey, voters even before the pandemic, could vote absentee without needing an excuse. Several states sent mail-ballot applications to all voters in their primaries and are doing the same in November.

In most of the 16 states, including New York, where voters must provide an excuse to receive an absentee ballot – being over 65 years old, out of town during Election Day or in the military, for example – they can now cite coronavirus as a reason to receive a mail ballot. Some states like Kentucky, which opened absentee voting to all voters for its primary election, have said they aren’t in November. In Tennessee, the state Supreme Court ruled that concerns about COVID-19 could not be used as a reason for residents to vote by mail.

Despite Trump’s warnings, the nonpartisan Brennan Center for Justice at the New York School of Law said it’s more likely for an American to “get struck by lightning than to commit mail voting fraud.” Out of billions of votes cast across all U.S. elections from 2000 to 2012, one analysis found only 491 cases of absentee voter fraud.

Trump continued his attacks on “universal” mail voting last week during a press briefing at Bedminster Golf Club when he announced plans to sign four executive orders to help families struggling during the pandemic.

In opposing the coronavirus relief bill that passed the House, dubbed the HEROES Act, Trump accused Democrats of wanting to force states to have universal mail-in balloting regardless of whether they have the infrastructure

Drew Hammill, deputy chief of staff for House Speaker Nancy Pelosi, said the election measures in the bill wouldn’t result in “universal” mail voting because in-person voting sites would remain open. The bill would give states $3.6 billion for election preparedness, which could be used for making safety accommodations for in-person voting in addition to mail-voting equipment. It would also require accessible polling places and at least 15 days of early voting, among other provisions.

McReynolds said ballots sent to voters automatically or after a request are “fundamentally the same thing” – subject to the same verification processes from one state to another.

“He’s kind of using a false term as a premise. He’s (warning) against something that doesn’t exist in a lot of ways.”

Appearing on the Fox Business Network this week, Trump linked his opposition to $25 billion for the U.S. Postal Service, also proposed in the HEROES Act, to the expected surge in mail ballots expected in November.

“(Democrats) need that money in order to have the post office work so it can take all of these millions and millions of ballots,” Trump said. “If they don’t get those two items, that means you can’t have universal mail-in voting because they’re not equipped to have it.”

Trump has taken particular aim at Nevada, this month tweeting that the Nevada legislature’s decision to send mail ballots to all voters  “late-night coup” orchestrated by the state’s Democratic Gov. Steve Sisolok. The Trump campaign sued Nevada seeking to stop its plan.

But Nevada’s’ plan does have signature verification. And although Nevada Secretary of State Barbara Cegavske, a Republican, did not support the plan, her office said the state has many voting protections including safeguards that ensure no voter is allowed to cast more than one ballot in any given election.

Cegavske said she was not aware of any fraud in the state’s June primary when the state also sent ballots to all Nevada registered voters.

The presidents messaging took another turn last week when Trump singled out the battleground state of Florida. In a tweet, he said his Florida supporters should request an absentee ballot and vote by mail because the election system in the Republican-run battleground state is “Safe and Secure, Tried and True.” One week later, Trump made his personal request for a Florida absentee ballot.

Florida is among the 34 states that offer absentee ballots to all eligible voters without needing an excuse.

Some Republicans worry that Trump’s harsh rhetoric about mail-voting could hurt his own chances in swing states and give an edge to Democrats, who have embraced vote-by-mail expansion during the pandemic. Florida Democrats have requested nearly 600,000 more absentee ballots than Republicans, 1.9 million vs. 1.3 million.

“It is evolving,” University of Florida Political Scientist Michael McDonald, an expert on mail voting, said of Trump’s message on mail-voting. “Republicans are listening to Trump and it’s causing these huge disparities in ballot requests where Democrats are well outpacing Republicans in mail-ballot requests.”

He speculated the Trump campaign, concerned by these numbers, probably asked Trump to change his tone. “Maybe that’s how they’ve eased Trump into changing his stance on his rhetoric on this – focusing it on these all mail-ballot states.” 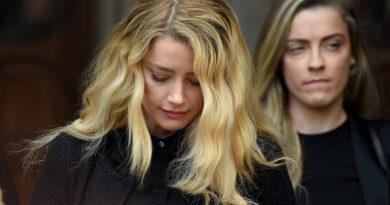 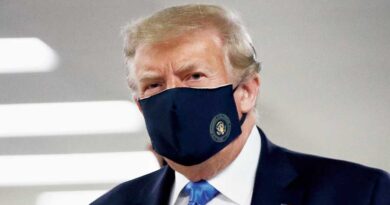 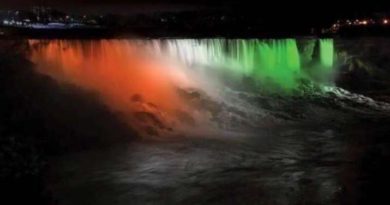