Sinha is considered to have a close rapport with National Conference leader Farooq Abdullah.

“The President has accepted the resignation of Girish Chandra Murmu as Lieutenant Governor of Jammu and Kashmir,” said an official spokesman of the Rashtrapati Bhawan.

“The President has been pleased to appoint Manoj Sinha, to be the Lieutenant Governor of Jammu and Kashmir with effect from the date he assumes charge of his office vice Girish Chandra Murmu,” he added.

It is not the first time that Murmu, a 1985-batch IAS officer from Gujarat cadre, has resigned ahead of his tenure.

He was the expenditure secretary in the finance ministry when Prime Minister Narendra Modi and Home Minister Amit Shah decided to elevate him to the new union territory’s Raj Bhawan. Murmu had then resigned from his post a month before his retirement last year in November.

Lieutenant Governors of union territories, quite like governors of states, are appointed for a five-year term.

Various explanations are ascribed to the sudden departure of Murmu. The Election Commission has recently taken exception to his media statements on the timing of Jammu and Kashmir assembly elections.

The EC had said that all decisions on the conduct and timing of elections are its “sole remit” and that L-G should refrain from commenting on issues that are not in his domain.

The explanation given is Murmu’s comment on 4G network restoration in the territories of the country. Murmu had previously said he saw no problem in restoring Jammu and Kashmir 4 G network.

A written petition for the continued suspension of 4G internet in Jammu and Kashmir has been adjudicated by the apex court since August 5 last year when the Center revoked its special status and split the former state into two union territories.

Sources who are aware of developments in Jammu and Kashmir have said that because there were disagreements between Murmu and BVR Subrahmanyam ‘s chief secretary, administrative work was not free of trouble.

“Then there was a lobby in the bureaucracy, which had not been working the way Murmu wanted. He wanted the entire machinery to reach out to the people in right earnest and ensure speedy development which was not the case,” they said.

On Wednesday, Murmu had reviewed the security scenario in a meeting with the Northern Army commander, Lieutenant General YK Joshi.

Murmu had assumed charge in October last year and his stint in Jammu and Kashmir lasted just nine months.

There is speculation that he may take over as the next Comptroller Auditor General (CAG) of India this week after present incumbent Rajiv Mehrishi attains superannuation. 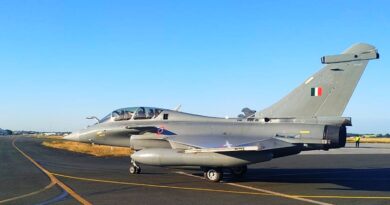 Rafale jets on way to India 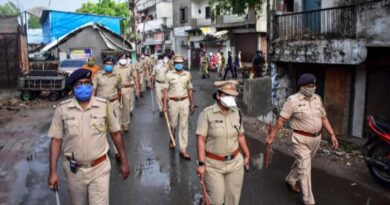