Actor Sushant Singh Rajput’s father has levelled several allegations, including abetment to suicide and withdrawing crores of rupees from his son’s bank account and mental harassment, against Rhea Chakraborty.

The Bollywood player Sushant Singh Rajput ‘s death investigation by the Bihar police caused a friction against Maharashtra, who also investigates the case and lead to both parties allegation and counter-allegation.

The Patna Police unit, four members who arrived in Mumbai on Tuesday, reported at least six people’s statements on the case on Wednesday, including the sister of Sushant Singh Rajput.

They were acting on the first information report (FIR) filed by the 34-year-old actor’s father against actor Rhea Chakraborty in Bihar on Tuesday in connection with his son’s death.

Actor Sushant Singh Rajput’s father has levelled several allegations, including abetment to suicide and withdrawing crores of rupees from his son’s bank account and mental harassment, against Rhea Chakraborty and six others, including her family members.

The case was filed in Patna as Rajput’s 74-year-old father said he will not be able to go to Mumbai to fight the case due to his health issues. Rajput was found dead in his Bandra flat in Mumbai on June 14.

“Whenever police from one state go to another state for investigation, then the respective state government and officials cooperate. In this case, it’s unfortunate that they (Mumbai Police) are not cooperating,” Lalit Kishore, Bihar’s principal additional advocate general, was quoted as saying by news agency ANI.

Before this, Maharashtra’s minister of state for home Shambhuraj Desai alleged that Bihar policemen did not follow protocol.

“Whenever a police team from a state visits another state for investigation, there are some protocols which are to be followed. These were not followed,” Desai told a news channel.

Meanwhile, Rhea Chakraborty has filed an interim prayer that the probe by Bihar’s police be stayed till the Supreme Court decides her plea on the transfer of investigation from the eastern state to Mumbai.

The Nitish Kumar government is set to oppose Chakraborty’s plea before the top court and support Sushant’s family in the case.

Rajput’s family filed a caveat seeking that her petition not be allowed to be heard “ex-parte” in their counter-petition soon after Chakraborty moved the Supreme Court. A caveat is a type of petition filed to pre-empt any ex-parte order on the plea filed by the opposite side.

According to ANI, a letter petition has been filed in Patna High Court seeking the transfer of investigation into Rajput’s death from Bihar police to the Central Bureau of Investigation (CBI).

“… it has prima facie raised a number of serious questions on the investigation being conducted by both the State Police and also it has raised a number of unanswered question in the mind of the public at large as it was a suicide or a murder,” Pawan Prakash Pathak and Gauraw Kumar said in their letter petition, ANI said.

Pathak and Kumar said that police from Bihar and Maharashtra—which is investigating the case—are “not collaborating with each other”.

“Now there are two states investigating the same sad matter of mysterious death of Late Sushant Singh Rajput, and in the interest of justice there should be single investigation agency which is not possible as the Bihar Police and the Maharashtra Police not collaborating with each other,” they said.

“Therefore, in the interest of justice, equity and good conscience, it is humbly prayed that this Letter Petition be treated as a Public Interest Litigation seeking transfer of investigation from State agency to CBI Or SIT Inquiry,” the petition added.

Anil Deshmukh, Maharashtra’ home minister, has said Mumbai Police are investigating the case and it will not be transferred to CBI. Rajput was found dead in his apartment in Bandra in Mumbai on June 14 and the police have said the actor died by suicide.

Deshmukh had said on June 15 the police were investigating the angle of professional rivalry if any. The minster had also tweeted the alleged cause of “clinical depression owing to the profession rivalry” behind the death of the Dil Bechara actor were also being probed. 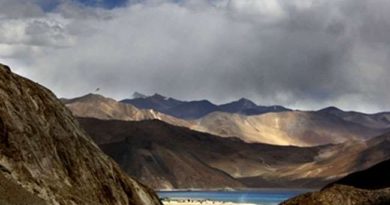 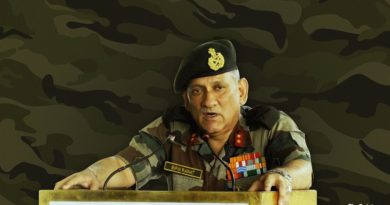 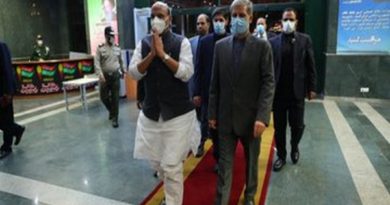